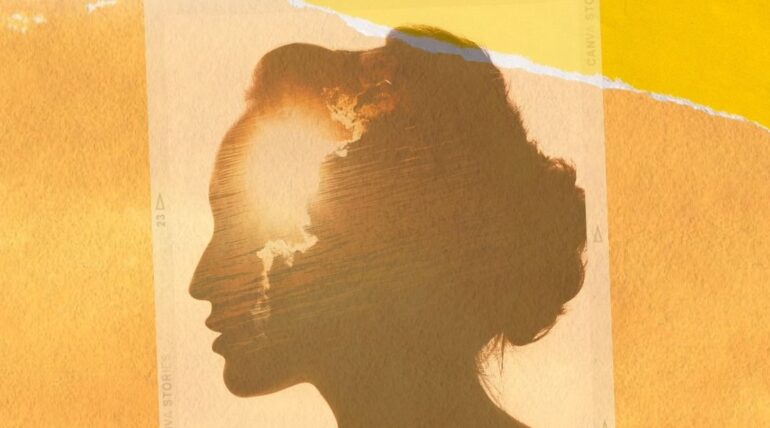 This is a story about a young woman who had a high, just like a massive pile of health issues coming into this world. She was sort of born into an environment after a miscarriage of her mother. So she was sort of that, you know, the terror that her mother likely held in her body through that pregnancy following a pregnancy that went full term prior to her. So that’s a pretty terrifying thing for any parent to go through, but also of the subsequent pregnancies from that can create a lot of trauma in utero and a lot of stress hormones in utero.

So having some reference of that, that’s big. And then this young woman, when she was born, she had unbelievable food allergies. Her mother was unable to breastfeed. And also at that time, there was nobody really breastfeeding at that phase of time in the world. So it was sort of out of favor. So she was put on a multitude of different formulations that just backfired left and right and caused a lot of GI distress and a lot of colic. And what ended up putting her on was on a soy formula.

And, you know, that seemed like a great alternative back then. Except for fast forward, at the age of nine, this young woman began menstruating and that, you know, it’s not as uncommon today to see that. But back then it was very uncommon. And everyone, nobody really knew what to think of that information. But basically the trauma of a nine year old in third grade being taught how to use these giant pads with belts on them and how to deal with that. That was another traumatic sort of stepping stone in her life. Fast forward to the age of 11.

She started having extreme, extreme, painful menstrual cramps and was diagnosed with endometriosis. Fast forward to age 14. She was diagnosed with her first bout of cervical dysplasia, pre cancer of the cervix two years beyond that cancer of the cervix full blown at that time, and they just sort of kept freeze drying and burning things off just to get at it. So you can imagine that those are pretty traumatic events as well. Mixed into that window, this young woman was dealing with ongoing severe constipation, and I’m not kidding you when I tell you this. This woman’s bowel patterns were once a month bowel movement, whether she needed it or not for months on end, and the doctor simply told the family that, well, that’s her pattern. So that’s normal. She also was dealing with major cystic acne all over her face, her chest, her back, her shoulders. Major, major, major.

And they tried to put her on tons of things like tetracycline and all those drugs at that time and every pharmaceutical she kept trying to take for her GI issues, for her menstrual cramps backfired. She had terrible drug reactions to everything. She even rejected her body would abscess off when she would get her vaccines. So it was just this just the body had been coming into this world. Already pretty broken. At the age of 19, she started having unbelievable symptoms of extreme pain, Extreme bloating, would end up in the ER with such severe pain that they would just throw her on massive amounts of pain meds and send her back home. Or they’d kind of do a rudimentary physical exam and say she was histrionic or say that it was just her endometriosis which was officially diagnosed, or that it was polycystic ovarian syndrome.

When they did a pelvic, they saw big cysts on her ovaries, a really massive grapefruit size one on her right ovary, but they ignored it and wrote it off as polycystic ovarian syndrome. Fast forward almost a year of that process, when this young woman was getting more increasingly weak, breathing was becoming more challenging, shortness of breath even to take a few steps going upstairs, she had to hold and pull herself up. The pain in her abdomen, her abdomen kept swelling, and everyone, every time she’d end up in the ER about every month, they just put her on more things like antibiotics. She was having unbelievable UTIs, unbelievable yeast infections. I mean, it was a nightmare.

And it was when this young woman expressed that it was a time in her life when she really didn’t want to live because of just some of the traumas she’d experienced in her youth. A lot of sexual abuse, a lot of addictive issues in the family household, a lot of poverty and just a lot of disparity in her household.

So there wasn’t like a lot of motivation to live. And then the pain and the overwhelm in her physical body was intolerable. And it was at that point when she finally ended up in the hospital in almost cardiac failure on oxygen, like in tachycardia, weird things going on that a doctor who was visiting the hospital at that time, having to do a more thorough exam, and he actually ordered up at that time an MRI and was able to find out that this young woman was in end stage organ failure of stage four ovarian cancer that had metastasized to her liver, to her pelvis, all throughout her abdominal tract. And she was in end stage kidney, liver and heart failure. So this man had to come in and tell this 19 year old woman, you have cancer, there’s nothing we can do.

You’re too sick to even take on even a single dose of chemotherapy.

And basically, when that man told that young woman that there’s absolutely nothing that you can do despite her previous feeling of not wanting to be on this planet, it sort of ignited the pilot light inside of her and sort of had one of those moments where it was.